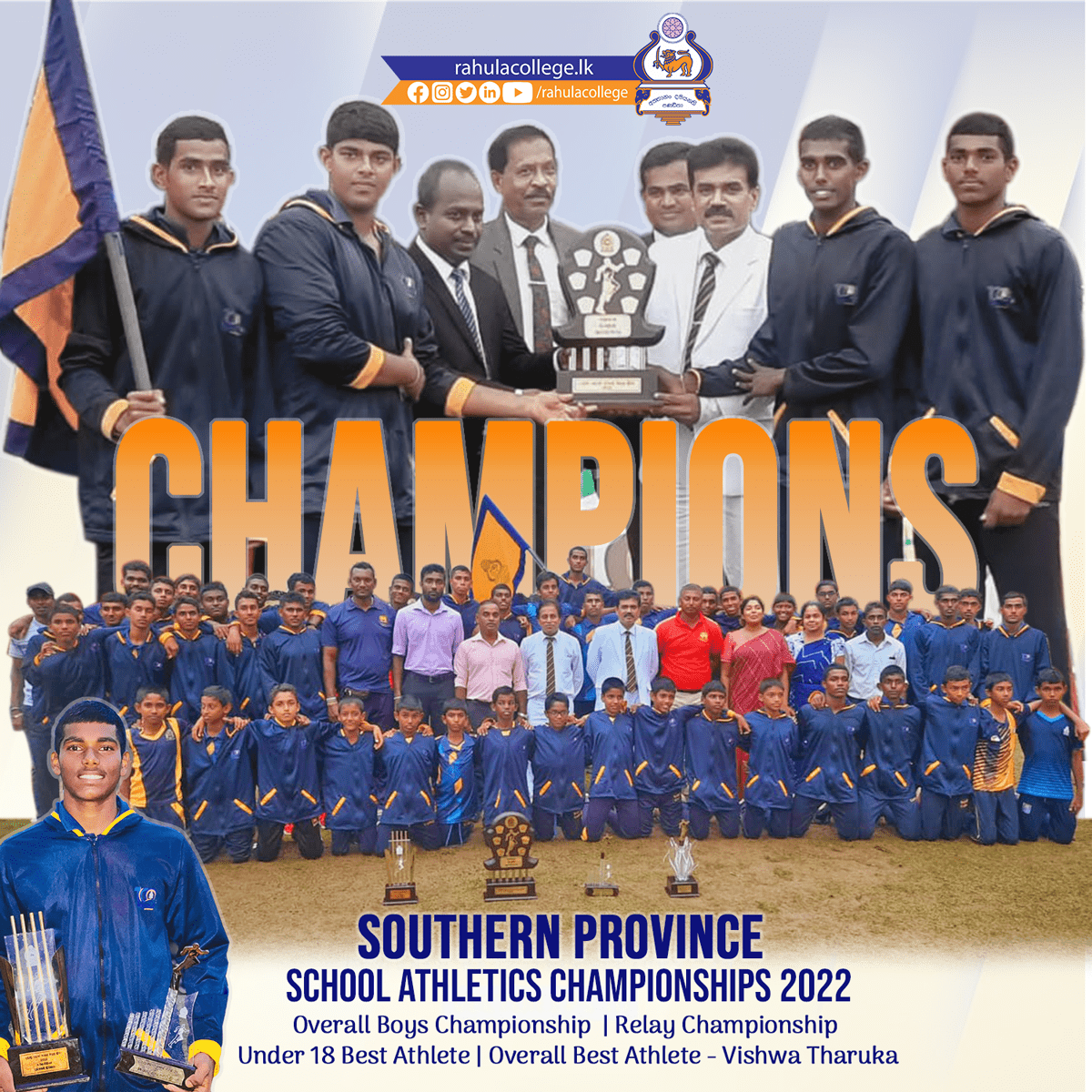 The athletic team of Rahula College won the boys’ overall championship of Southern Province school athletic championships by getting a total of 99 points. The team won the overall boys’ championship and boys’ relay championship along with the under 18 best athlete and the best overall athlete of the tournament by Vishwa Tharuka by setting a new record of 14.4 seconds at the 110m hurdles event. Congratulations!